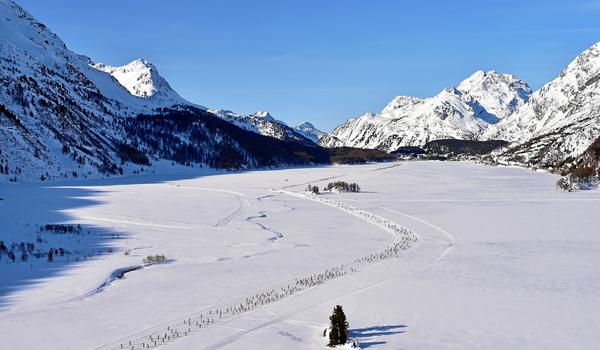 Those who have not yet registered for the classic “Engadiner” from Maloja to S-chanf will have to wait until 2021. Things look better for the Engadin Women's Race: Switzerland's second largest cross-country event after the “Engadiner” is also on record registration course, but there should not be an early shortage of starting places. The Women's Race leads over 17 kilometers from Samedan to S-chanf and is held one week before the Engadin Skimarathon.

The Engadin Skimarathon Week 2020 starts on Sunday, March 1st with the 21st Engadin Women's Race over 17 kilometers from Samedan to S-chanf. The 4th Engadin Night Race from Sils to Pontresina also leads over 17 kilometers on Thursday, March 5th. The highlight will be the 52nd Engadin Skimarathon on Sunday, March 8th, 2020. This year, the Marathon-Village is taking place for the first time in Pontresina and invites all cross-country skiing enthusiasts to visit from Thursday, 5th March  to Saturday, 7th March, 2020.

Information on the detailed program at: www.engadin-skimarathon.ch